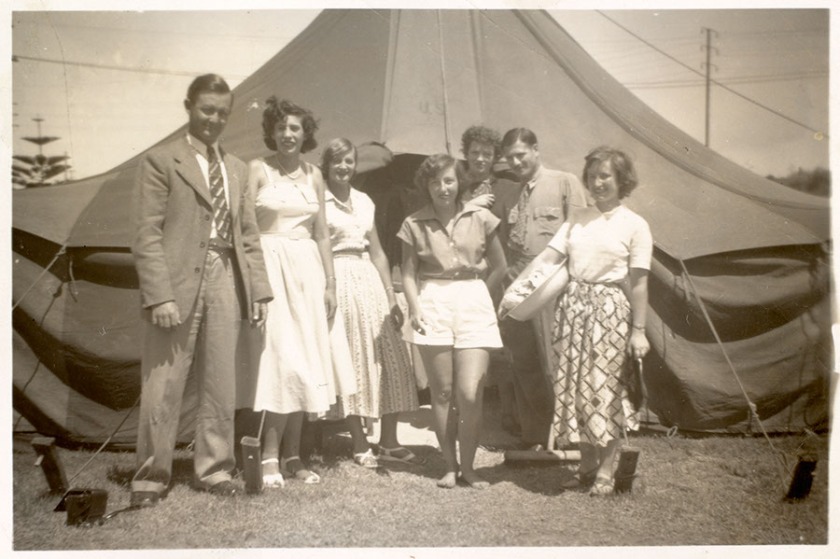 Lotte Nettl, Lyle Harris and Peter Glow at the canteen 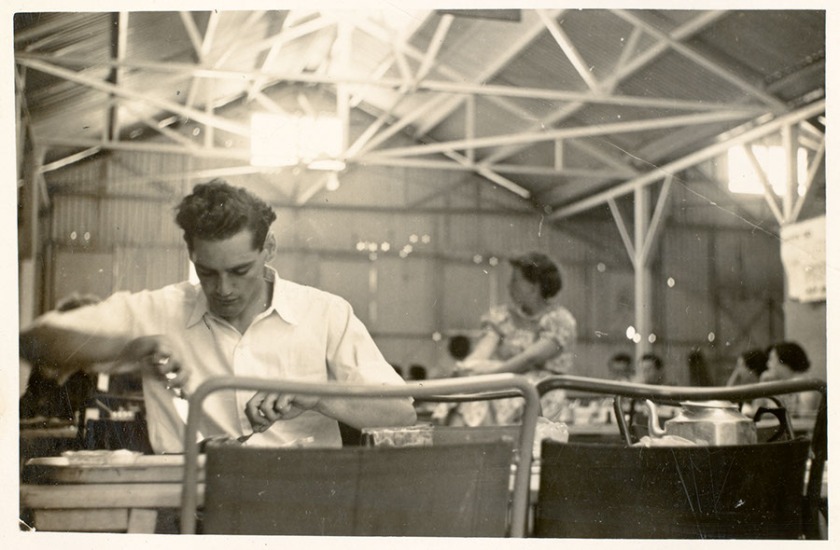 Joe Kiers at the canteen

This photograph, showing students smoking and drinking outside the pub at Largs Bay, was published in an Adelaide newspaper. At the time this was considered to be immoral behaviour. Note the man in the background with his fingers up in a derogatory manner.

The names of the three women who have been identified are from left to right: Joyce Evans (nee Zerfas) photographer, Jill Warwick, deceased, (producer of TV programme “It Could Be You”) Val Groves, psychologist. I have been unable to identify the men. 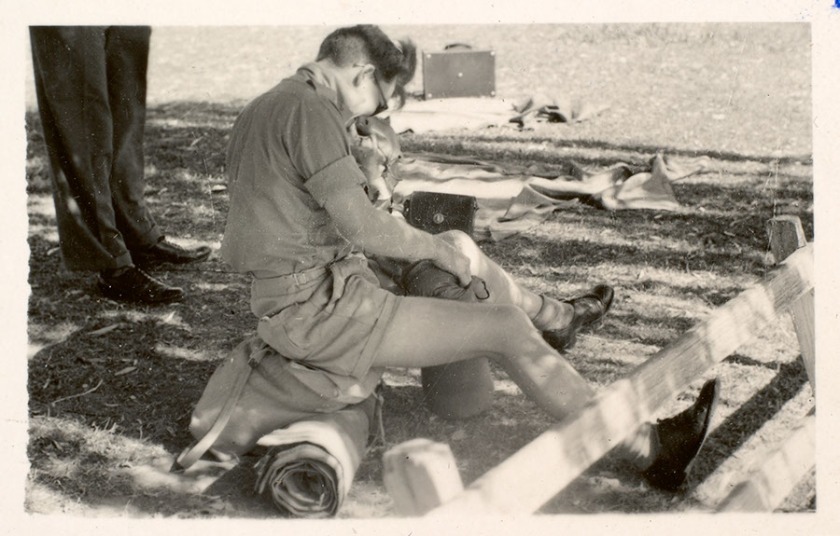 NUAUS members waiting for a lift, along Sturt Hwy, NSW 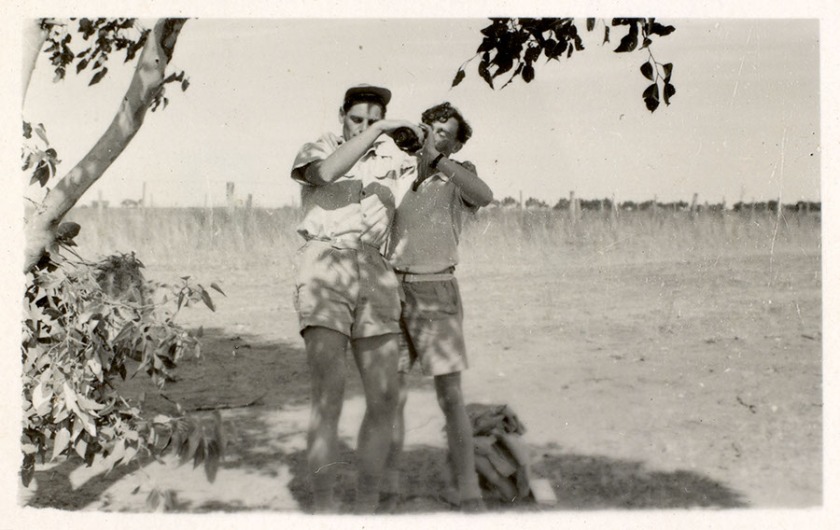 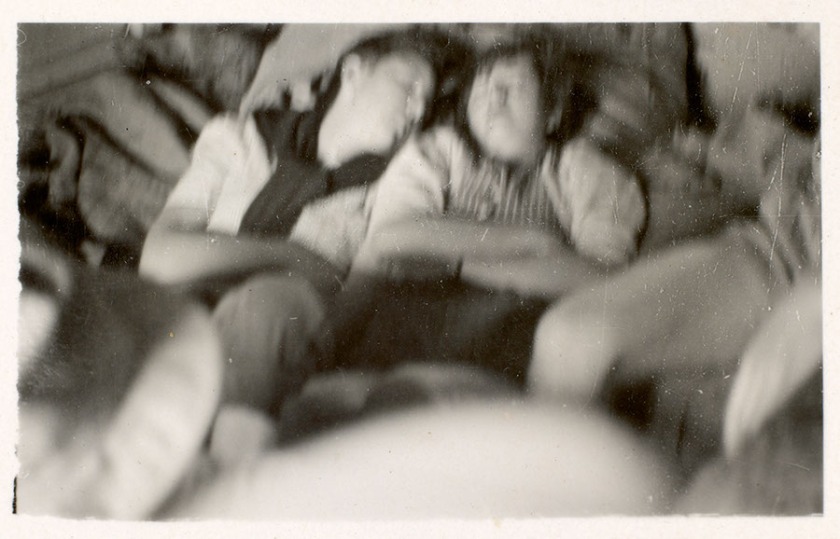 Hitch-hiking home, asleep in back of truck

Playing cricket along the Sturt Hwy, near Euston, NSW

We waited on the Sturt Highway outside Euston, NSW for a lift to Melbourne. Parts of the highway were so isolated that we played cricket on the road and waited many hours for a lift. 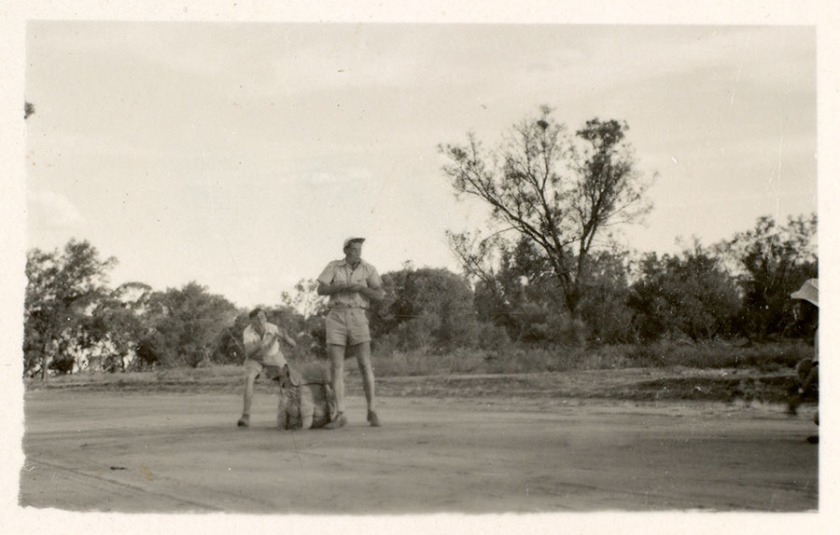 Playing Cricket along the Sturt Hwy, near Euston, NSW 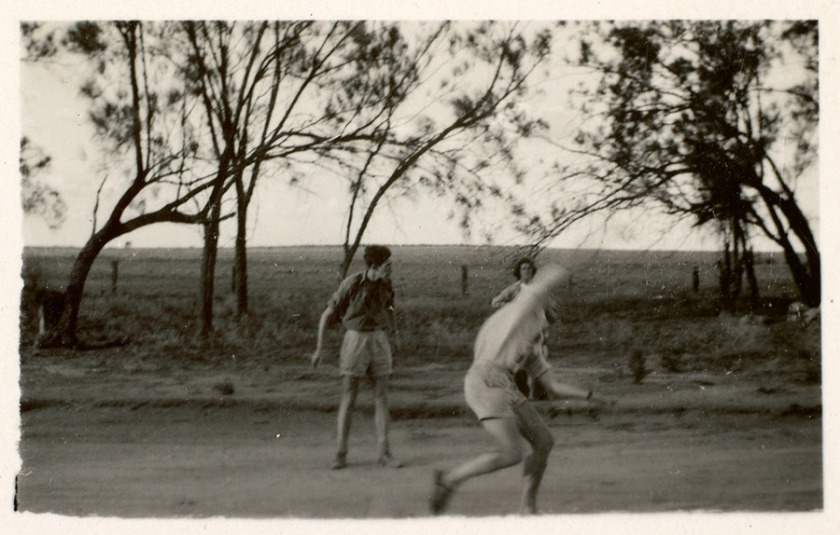 Playing Cricket on the Sturt Hwy, near Euston, NSW 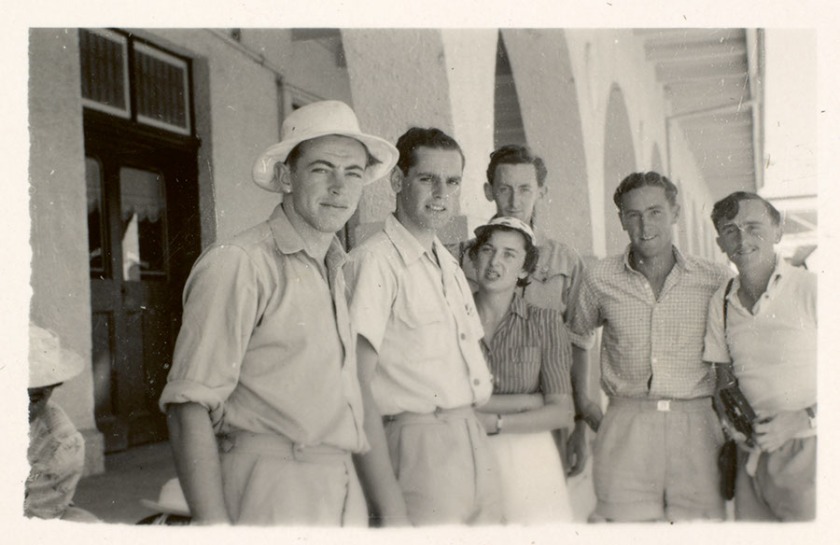 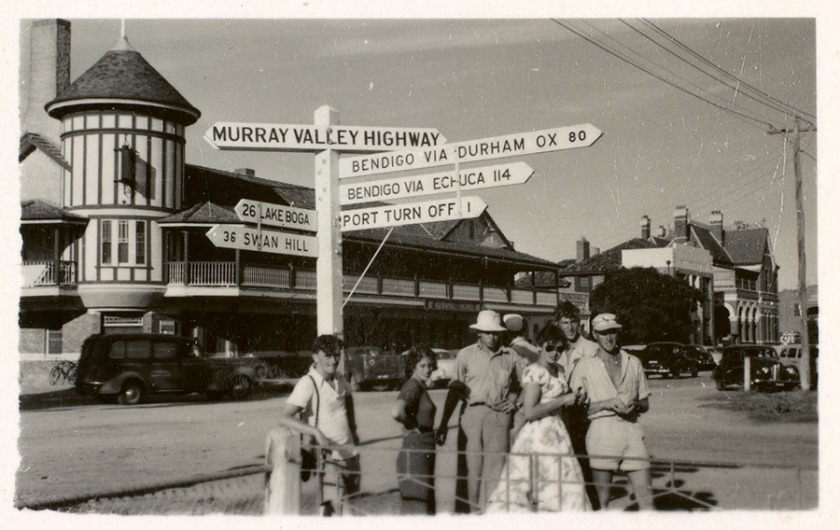 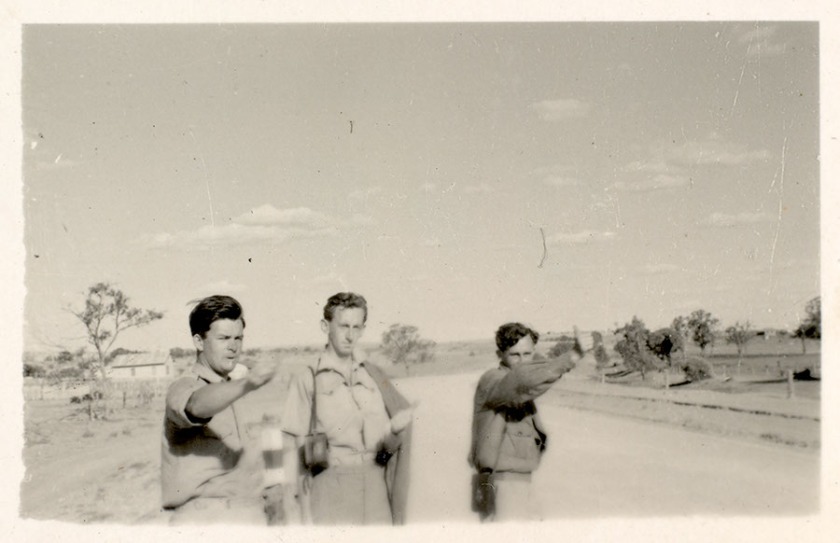 NUAUS members including Brian –, trying to hitch a ride back to Melbourne

Nina –, in back of truck, hitch-hiking back to melbourne 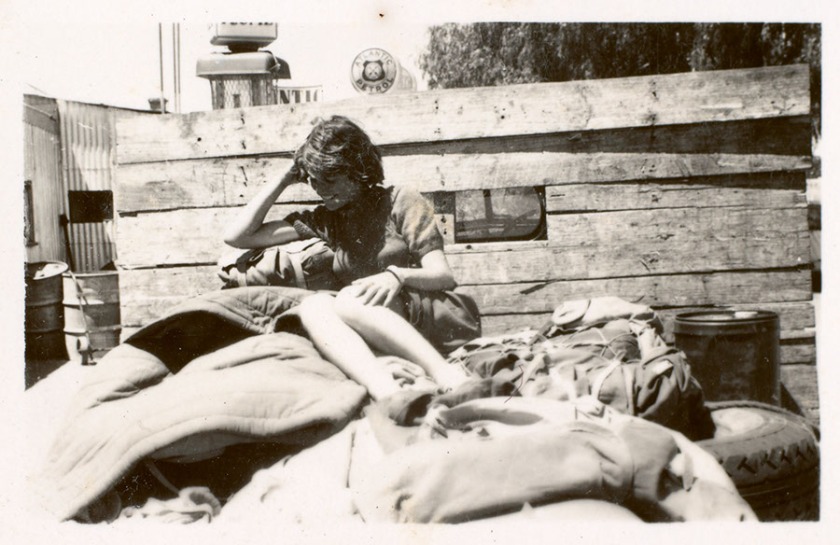 Nina –, in back of truck, hitch-hiking back to melbourne

NUAUS members climb onto back of truck, hitch-hiking back to Melbourne 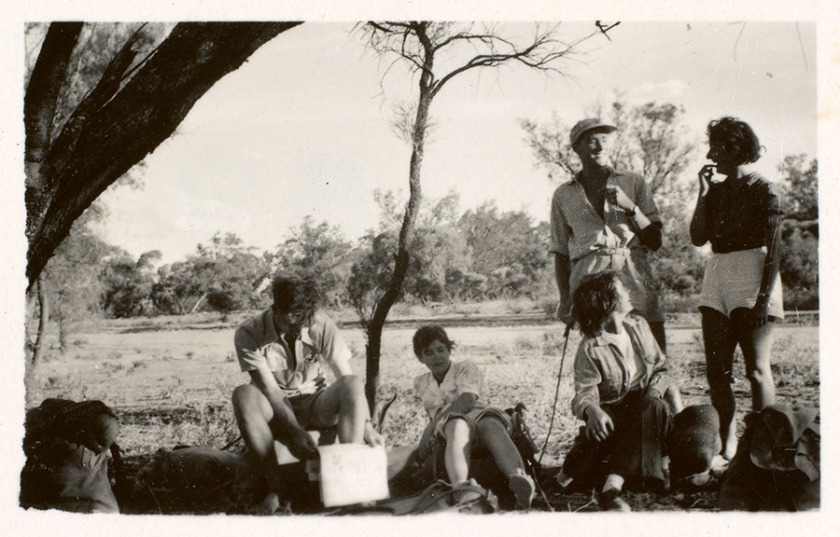 Waiting for a lift along the Sturt Hwy, near Euston 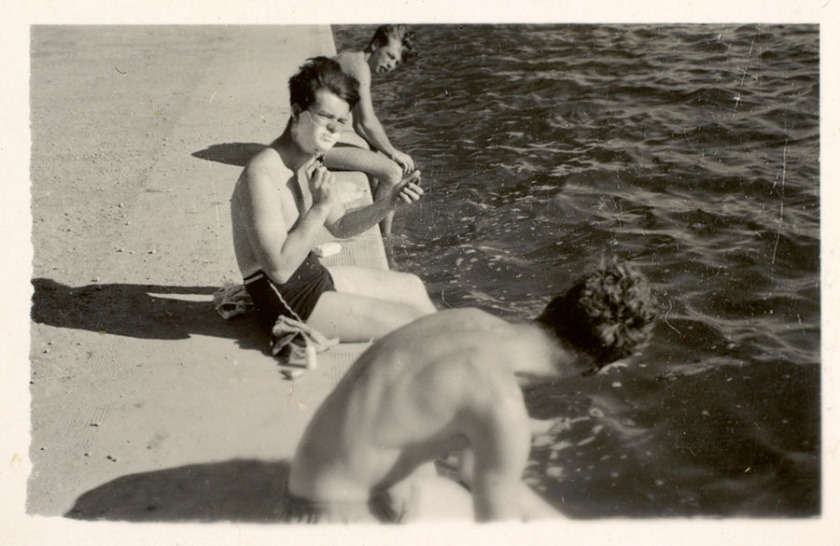 NUAUS members including Nina– and Janet Buck (Hase), back in Melbourne, standing on Bourke Street outside GPO